Chromogenic culture media are used to isolate, identify, and differentiate specific microorganisms from a heterogeneous population. The medium contains chromogenic substrate which is utilized by the microorganisms to give colored colonies that is specific for each microorganism. Depending on the color of the result, the presence or absence of the target organism is determined and also accurately differentiated from others.

Chromogenic media contains soluble colorless molecules called chromogens. Chromogens are composed of two parts: a substrate (which is the target of specific enzymatic activity of the microorganism) and a chromophore.

When the bond between the substrate and chromophore is split by a specific enzyme produced by the target microorganism, chromophore is released. In its unconjugated form, the chromophore shows distinctive color. Due to reduced solubility, chromophore forms a precipitate that imparts unique color to the colony.

Advantages of Use of Chromogenic Agar Media:

Most of the commercially available chromogenic media utilize substrates like indoxyl and its halogenated derivatives, metal chelators like Esculin, 8‐Hydroxyquinoline, substrates for β‐glucosidase enzyme etc. Based on these a number of companies have formulated several variations depending on need and usage.

Following are some of the examples

Deoxycholate citrate agar is used for the selective isolation and differentiation of Salmonella and Shigella species. 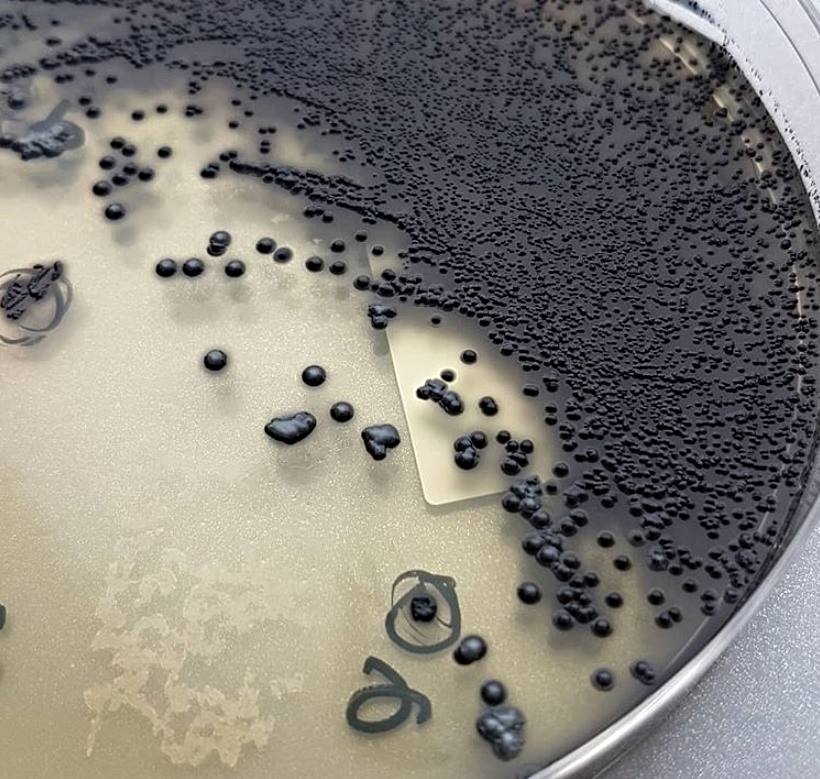